For some reference on my background, I played a ton of Counter-Strike: Source back in the day (CAL/CEVO), but never really got too much into competitive Counter-Strike: Global Offensive. I was briefly Global Elite in 2016, but not for longer than a couple of weeks.

Since work and travel got the best of me, I largely didn’t play too many games in the past 3-4 years besides the occasional game of PUBG with my friends. The combination of COVID-19 and the announcement of VALORANT’s beta and subsequently ranked play, I wanted to try to get in as early as I could.

If you have any questions or find this useful, please consider following me on Twitch. I would be more than happy to help out other VALORANT players.

As a Sage main, it took me a total of 81 ranked games to reach Immortal 1. I went 2-3 in the placement matches and I got assigned to Silver 2 on the first day that the ranked competitive mode became available.

Some interesting insights I gathered

My tips for other ranked climbers 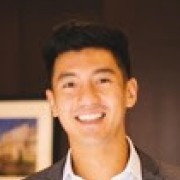 How to Create Your Own Custom VALORANT Twitter Banner